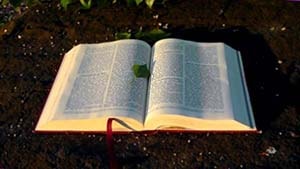 Nowadays Holy Bible is the most popular book in the world. We will observe it from the numerological point of view, because Bible hides a lot of secret codes with sacred meaning. If you want to learn more about numerological meanings, and calculate your life numbers - use Free VeBest Numerology Calculator for MacOS, Windows, iOS. Let's look closer at the ten most frequent numbers in the Bible.

Number 1 is widely used throughout the Bible. It indicates the unity and uniqueness of the thing - the one only God, and in contrast - one Satan. Number 1 symbolizes the loneliness among people, but the unity with God. Moses, Jesus, Elijah were abandoned, but the Father has always been with them.

Twenty-two in the Bible is a symbol of perfect or circle shape. The Bible can mostly be divided into 3 sections with 22 books. Revelation in the Bible ends on the 22nd chapter. Hebraic alphabet consists of 22 letters.

Number 40 in the Bible symbolizes completion. You can see this number in the Bible for 146 times. In Hebraic culture number 40 is connected to the trial and testing of any kind. The Israelite slavery continued for 400 years, 40 years of wandering through the Sinai, 40 days of getting the God's law.

Twelve means end and foundation There 12 tribes of Israel, 12 apostles, Tree of Life gives 12 kinds of fruit. The city of Jerusalem has different parameters that are equal to number 12: 12 gates and 12 precious stones at the basement.

Four has a similar to 3, 12 and 10 meaning. These numbers are associated with completeness and integrity. There are 4 main prophets, 4 angels guarding 4 corners of our world, 4 gospels, 4 riders of Apocalypse. Cross is 4 points. So number 4 in the Bible is very frequent.

10 is a number associated with the highest level of completion, with human being. It is the number of laws in and commandments in Old Testament. If at least ten godly people were found in Sodom and Gomorra, it would be safe. 37 (3+7=10) miracles were made by Jesus trough the Gospels. Until the Flood the Noah was tenth patriarch.

Number 6 in the Bible is associated with imperfection. It feels like this number lacks something. The work week consists of 6 days. 666 is the symbol of evil, of Unholy Trinity. As the unholy spirit controls everything imperfect it is assigned to number 6. King James' Bible has 66 books, and it is considered to be incomplete.

Number 3 in the Bible is very symbolic. It shows wholeness, but also implicates inner holiness. Jesus loved 3 of the apostles more than others, and they were the witnesses if Transfiguration - another 3 symbol. The examples are: Holy Trinity, the Earth is created on the 3rd day, Jesus was approximately 33 when he died, 3 angels named in Bible. We can see 3 to be a symbol of inner power, unity and divine completeness.

7 is the symbol of perfection in the Bible. Noah led 7 pairs of each species into ark. In Revelation God was embodied into 7 lam stands. John the Baptist has 14 letters as well as Jesus, and number 14 is twice 7. The first statement of the Old Testament consists of 7 words.

Twenty-one also happens once in a while. For example there are 42 divine generations from Abraham to Jesus, 42 is twice 21. There are 21 parts of John's Gospel. Isaiah's prediction of the Messiah coming was in Chapter 7 and 14 verse.