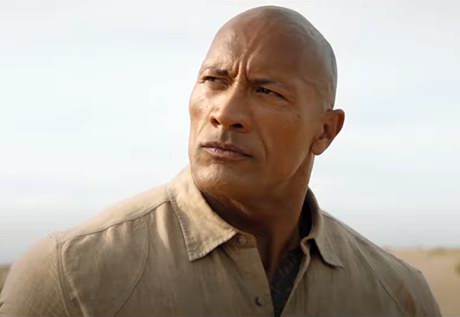 Dwayne ‘The Rock’ Johnson is extremely talented, has an innate ability to communicate with others, and is extremely approachable as a person. Life Path Number 8 people have great power of will and most of the time are financially successful. He has amazing managerial potential and is able to maintain work/life balance and lead additional business. He is detail-oriented, and on the unconscious level, he knows what undertaking is going to be profitable and knows how to keep away from failure. He is not a talented accountant or mathematician; his main trait is an ability to see the issue in general and avoid all distractions by persevering and keeping one goal at a time in mind.

Dwayne Johnson and people with number 8 as a Life Path are like magnets for money-related achievement. However, it is never as easy as it seems. Dwayne Johnson has to work hard to use his skills to a maximum. Those among number 8 who do not feel or understand real worth of money and efforts behind it often face problems with it or tend to behave irrationally or risky with it, losing too much as a result.
Dwayne should be ready to stand up after failure if it happens. He is strong physically and morally; he has enough focus to go through a lot of challenges. It is usual that the Universe puts number 8 through the test, so often, they can lose it all. But such challenges mean they will be able to accumulate more wealth and power than they had prior to that challenge. Think of it as of the blank new page of life concept. If Life Path number 8 loses its power, it is made only to revive it on a higher level. However, mistakes in interpersonal relationships can be relatively more costly to Dwayne than to others.

No matter what difficulties Dwayne faces, the pleasure from working hard and getting everything that is desired will be truly rewarding.

Some of the best areas where Dwayne can profit from his skills are managerial positions related to selling business, banking, science and history fields, media business, PR, and organizational management. Dwayne is a winner by nature. He tends to get high-ranked positions and strives to get crème de la crème of everything. He is a brilliant and eloquent orator, so he might pursuit a career of a politician or diplomatic worker. He is a hard-worker and can achieve success in any field of his choice if he decides to concentrate on it.

Number 8 Life Path are well-developed physically and have a strong core, which derives from their strong inner power of will and character.