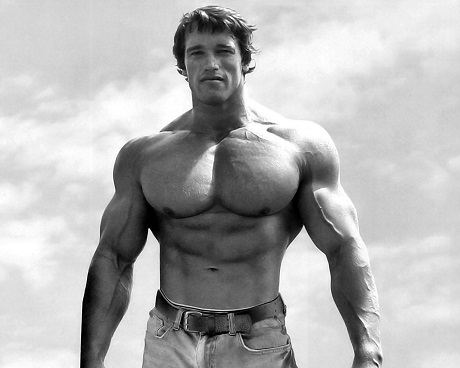 Arnold Schwarzenegger is a diligent, dependent, and rational person in real life, who stands on his words and follows his set of principles. He is rather disciplined and organized, performing strategic thinking and implementing ideas to reality one step at a time, rigorously following his plan. As soon as he has a plan or idea, he is truly and fully committed to fulfill it; giving up is not an option.

Arnold is not in the “I want it all and now” team. He strives and achieves his goals, but he wants the effect to last. If there is a harder way and a faster way, Arnold will choose the harder way for sure. He is not afraid of delay in achieving success; difficulties make him only more persistent. Fair play and ethics are crucial to him. Schwarzenegger is a person to rely on.

Naturally being quite down-to-earth, sometimes Arnold might be too rigid, especially when it comes to other people. Having high standards of work and perseverance, he can be too quick to form his opinion or conclusion about someone. He shows the best results when the goal is clear and measurable. Arnold works well in a team, but he achieves more when he counts on himself. He might be sharp with words or show some attitude, and he needs to work constantly on keeping it under control.

Influenced by Number 4, Arnold hates changes in life. He likes consistent and understandable tasks with expected results, but the world streaming with changes makes him uncomfortable. Due to this, he might miss some chances in life, willing to save the stability. All his money moves are fair and sensible.

He is a great parent and spouse; however, any problems in his personal life leave a visible footprint on his feeling of safety. This breach of the natural order in his life is a major emotional disturbance for him. Due to his just nature, he might fire up too fast and then regret his actions or rash words. His greatest challenge is to learn flexibility.