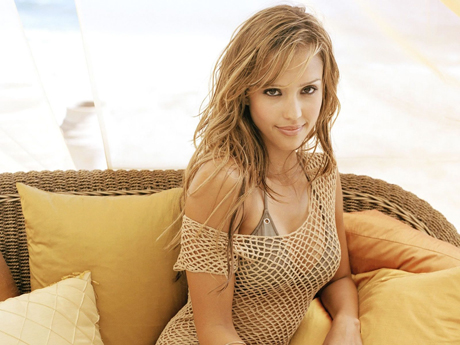 To become a spiritual advisor there must be a great potentiality, which Jessica Alba has its own. The no. 22 which is considered as a conquer number and the 33 is just like the no.11 in numerology.

Though both the conquer no. and inner ability are in favor, but perhaps it is not the right time and place to prove her potentiality. If it happens she will be a historical figure in the decade, but in case of failure she will be still green in the people's memory for her strong and spiritual empowerment. Many remarkable persons those who shed light on our life never visit any temple or church and are familiar as unbelievers. This also indicates spirituality and religion is not same thing.

Being very ambitious and self-dependent she is in her earnest target to get a big achievement as she also has the leadership quality. She undoughtedly believes in her inner ability and power to overcome the hurdles and strongly wants to live independently so that her dreams come true. Having a clear sense, good leadership ability and analytical skills she tries to organize the people to carry out her project.

By her powerful and fearless presence she can create a huge vibration. But to stay in peace she should have to learn to control her behavior both by emotionally and psychologically. She possesses a dual nature. But the matter of fact is that when she is unconscious she possesses an absolute power while in case of consciousness she stays within her limit. Hence she faces a great problem. To overcome it and to stay in peace and harmony she should learn to control herself, otherwise she would blame herself for whimsicality and emotional disquietness.

Having a great ambition her main goal is to achieve a great project by which she can makes her dreams true. She also thinks that this is the only way to reach to her dreams, i.e. (wealth, power and material comfort). To become a celebrity she always tries to get rewards for her performance she made.

Jessica Alba is a born shy, but to get rid of it she usually works very hard .From her childhood she had a bad habit of biting nails which proves her nervousness as she never thought.
© 2004 - 2020 AstroVera.com. All rights reserved.