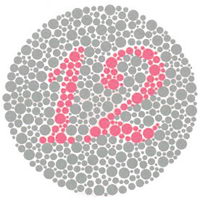 Bible numerology is concerned with the study of numbers mentioned in the Holy Book of Christianity- the Bible. These numbers are present in a definite pattern and are attributed with different religious incidents taking place in the Bible. In the number of stories of Old testaments and new testaments, numbers play a vital role and thus it is necessary to study their hidden meanings to reveal the secrets of Bible and to understand the scripture properly. Biblical numerology is now taken as a specialized field of biblical studies and there are many people who keep a keen interest in knowing about the Holy Scripture. In the following piece of writing, we will know about the significance of bible number 12 and its numeric representation in the Book.

Bible numerology number 12 signifies what is finished or completed forming a harmonious, perfect entity. It symbolizes completion or plentitude of a thing and expression of the Trinity to the four bends of the Horizon, that is, 3 x 4. Bible number 12 represents the good and the command and also rules the time and space. This is the reason why bible number 12 is also regarded as the cosmic number which also attributes to the cosmos or the administration of the world. It is the symbol of spiritual and material food as there were 12 breads which were last broken by Jesus Christ in His last supper and he himself was the “Bread of Life”. Twelve is the product of two numbers- three and four- that stands for heavenly number and earthly number respectively. Since it is the multiple of these two numbers, it represents multiplication and perfection of the administration.

You will find a number of references attributing to the meaning of bible number 12. According to New testaments, there were 12 apostles of the Christ who are named as Peter, James and John, Thomas, Andrew, Philip, Matthew, Bartholomew, James, son of Alphaeus, Zealot, Judas Iscariot and Jud, son of James. In the Bible, there was a woman who was relieved by Jesus Christ from her 12 years long curse of hemorrhage. In Old testaments, in the celestial city, there were twelve gates and twelve types of precious stones. A woman wore a crown with twelve stars in it and also there was a tree of life that bears twelve crops of fruits, one fruit in one month in a year. There were twelve sons of Ishmael and twelve priests of the Chronicles. There were twelve stones of the altar of Elijah and of the alliance. On the pectoral, you will find twelve names engraved. On the golden table, there were twelve loaves of enduring offerings. For confining the choice of Aaron, there was the total of twelve branches. The number of explorers sent to Canaan is also twelve.

In the Holy Scripture, there were twelve animals which were scarified and also there were twelve springs of the Elim. For the dedication of Altar, there were twelve silver bowls that were offered in the series of three. Moses proclaimed twelve curses to all the men of Israel. Also Jacob had twelve sons and in Israel, there were twelve tribes, namely, Judah, Gad, Reuben, Asher, Simeon, Manasseh, Issachar, Levi, Joseph, Benjamin and Zebulun. The cloak of Ahijah was used to make twelve strips and the whole of Israel was governed by twelve administrators of the Solomon. For making a monument, twelve men offered twelve stones in the Jordan. These are some of the instances that are mentioned in the Holy Bible that symbolize the significance of bible number 12 in the religion and how it can help in understanding the scripture in a better way.

In the last book of Bible, the Revelation, bible number twelve appeared many times. It stated that the kingdom of God had twelve gates that were guarded by the twelve angels. If you are a superstitious person, then you will definitely believe that it is unlucky to wash your hair on day twelve of each month. Also if you saw a dream that contained number 12, then your tough circumstances soon will be resolved. There are many other things that are related to number 12 and are believed by the followers of God. By knowing more about the bible numerology number 12 we can have a better understanding about the administration of the universe and how it has brought to perfection by the Almightily. There is lot more to explore in Bible and to have a better understanding of the religion and teachings of Jesus Christ and how this universe came into existence, you should know about the symbolic representation of the numbers and their patterns used in the Holy Bible. Many bible scholars regard this scripture as the treasure of numbers and hidden meanings.